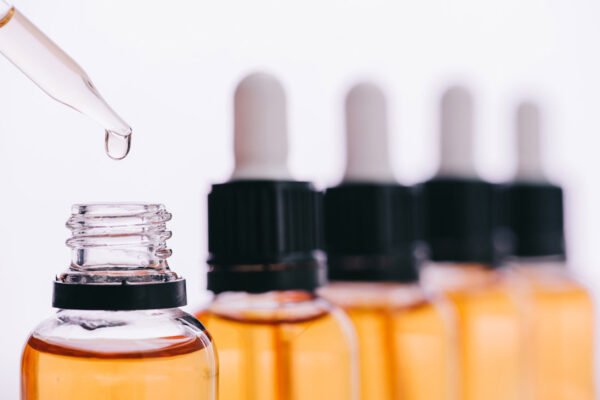 Cannabidiol or CBD is the second most common active compound found in the cannabis (marijuana) plant. Its uses and social implementations have dramatically increased in recent years resulting in a need for more information to become available regarding this potentially life-saving substance.

CBD is just one of many compounds found in the cannabis plant and within the last decade its popularity and uses have risen significantly. You may have seen CBD in tinctures, bath bombs, soft gel capsules, drinks, and even infused into a wide variety of snacks.

CBD is typically derived from the male cannabis, or “hemp” plant, because it contains significantly more CBD than a female plant while only having trace amounts of THC. As a result, CBD products do not cause a “high” among users as do traditional cannabis products.

In 2018 the federal government officially legalized CBD, making it much easier to obtain in most parts of the country and online. This in turn allowed research to be conducted expanding upon the numerous health benefits that an increasing amount of people are already becoming aware of.

Due to the legal status of CBD, clinical trials on humans remained a rarity for many years. In early animal studies, however, CBD had been shown to clearly affect joint pain. This is largely due to its ability to inhibit pain pathway signaling and inflammatory effects. In other human trials, CBD was again shown to relieve pain, this time in patients with a history of opioid use.

In an eight week study done by The Lambert Center for the Study of Medicinal Cannabis & Hemp, ninety-seven patients from a private pain management center aged between 30 and 65 with chronic pain and a minimum one year of opioid use were recruited. When CBD-rich hemp extract was added to their regimen 53% of patients reduced or eliminated their opioids within the eight week span. Almost all (94%) patients reported quality of life improvements. The study concluded that “CBD could significantly reduce opioid use and improve chronic pain and sleep quality among patients who are currently using opioids for pain management”.

CBD also has an ease of use aspect, being that it can be applied directly onto the skin as a topical cream, or taken orally in the form of a tincture.

Several clinical trials have shown that CBD may also be an effective treatment for neurological disorders. A collection of studies published by the U.S. National Library of Medicine also showed CBD to produce beneficial effects in Alzheimer’s, Parkinson’s, and Multiple Sclerosis patients.

Those suffering from specific drug-resistant forms of epilepsy have had symptoms relieved by CBD’s ability to target uncommon proteins within the human body.

The Forensic Medicine and Clinical Toxicology Department at Mansoura University recruited 440 epilepsy patients and 200 controls matched for age, gender, and ethnicity. Of the epileptic patients, 37.5% demonstrated lifetime cannabis use and were separated into another group. After the patients were analyzed, researchers discovered that the patients that did not habitually use cannabis had significantly higher levels of inflammatory cytokines. This may play a part in the ability of CBD to combat resistant forms of epilepsy.

Technology has reached an all time high, with that being said companies are now able to use nanotechnology which changes the chemical structure of the CBD making it water soluble, this increases the overall bioavailability of CBD to previously unreported levels.

In 2017, the World Health Organization released a report stating that, “In humans, CBD exhibits no effects indicative of any abuse or dependence potential…. To date, there is no evidence of public health related problems associated with the use of pure CBD.”

Pure CBD has a minimal number of possible side effects making it a safe alternative to many other natural medicines. Known side effects include fatigue, diarrhea, and a change in appetite. None of these adverse effects are considered serious and many of the reported studies are known to involve animals given somewhat extreme doses of CBD.

While research on CBD remains ongoing, it so far seems to have many potential health benefits and that number is likely to rise in the coming years. Given the low risk associated with the known side effects, many people could potentially see positive results by adding CBD to their regimen after consulting with their doctor to make sure no medication currently being taken is affected.