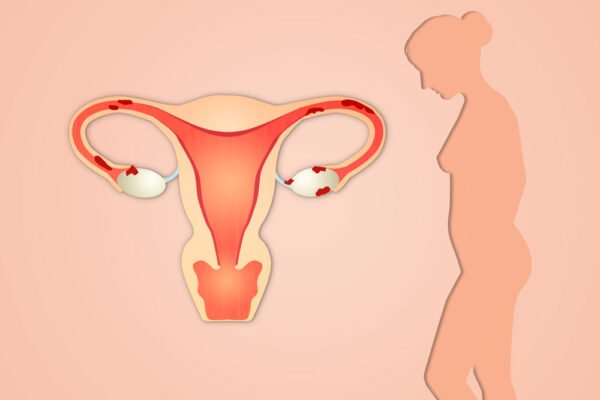 Endometriosis is a painful disorder that affects the tissues of the uterus. Complications begin when the tissue that normally lines the inside of your uterus grows outside of the uterus. About 200 million women worldwide and 1 out of every 10 in the United States are affected by this condition, although it is often misdiagnosed and overlooked.

The main symptom of endometriosis is pelvic pain associated with menstrual periods. Patients with this condition report pain on a level far beyond that associated with typical menstrual cramps, and the degree of pain can increase over time.

Pain during or after sex, bowel movements, and urination can be expected especially during menstrual periods. Excessive bleeding can even occur during regular and intermenstrual periods. Other symptoms may include nausea, constipation, bloating, diarrhea, and fatigue.

Endometriosis has also been shown to cause infertility in some of those who have it. In fact, many women first receive their diagnosis while seeking infertility treatment. Roughly one-third to one-half of women diagnosed experience some degree of fertility complications.

Endometriosis has the ability to block the fallopian tubes, keeping the sperm and egg from being able to join. It can also affect fertility in other ways, such as damaging the egg or sperm itself. Although many with mild to moderate endometriosis may still conceive and carry children, doctors recommend that they do not delay as the condition could quickly progress to a point where that is no longer possible.

Ovarian cancer also develops more frequently in women with endometriosis, but the chances of that occurring are relatively low to begin with. Adenocarcinoma, another type of cancer, can develop later in life for those who have had endometriosis, although it is rare.

Severity of pain is most often an unreliable indicator of the progression of the condition. Patients report severe pain from a mild case, or have advanced endometriosis while reporting little to no pain. It is important to consult a doctor to obtain an accurate representation.

Although the exact cause of endometriosis remains unknown, researchers have presented several possible explanations. One of the most likely causes is referred to as retrograde menstruation. This process causes menstrual blood, which contains endometrial cells, to flow in reverse back through the fallopian tube. From there they enter into the pelvic cavity instead of exiting the body. These cells stick to pelvic walls and organs, where they continue to thicken and grow during each menstrual cycle.

In what has been coined the “induction theory”, hormones or immune factors may promote the transformation of peritoneal cells that line the inside of your abdomen with endometrial-like cells. Hormones such as estrogen may also be able to transform embryonic cells in endometrial-like cells during the puberty process.

After surgeries such as a hysterectomy or a C-section, endometrial cells can attach to the surgical incision. The blood vessels or tissue fluid system may then transport the endometrial cells to other parts of the body.

In order to treat endometriosis medication or surgery is typically involved. Doctors usually recommend conservative treatment initially, and only call for surgery if other methods have failed.

Many doctors will supplement treatment with over-the-counter pain relievers, such as nonsteroidal anti-inflammatory drugs like ibuprofen. Some also recommend hormone therapy in combination as long as the patient is not trying to get pregnant.

Hormone fluctuation during the menstrual cycle causes endometrial tissue to thicken, break down, and bleed, making supplemental hormones often an effective treatment option. However, the effects are not permanent and symptoms could return after stopping treatment.

An invasive yet more effective treatment is conservative surgery. This involves a surgeon removing the endometrial tissue while preserving the uterus and ovaries.

Natural remedies may include anti-inflammatory agents and some that reduce oxidative stress, such as:

Due to how widespread this condition is, much more research is needed in the field in order to bring about a higher quality of life for the millions of women everywhere suffering from this chronic affliction.